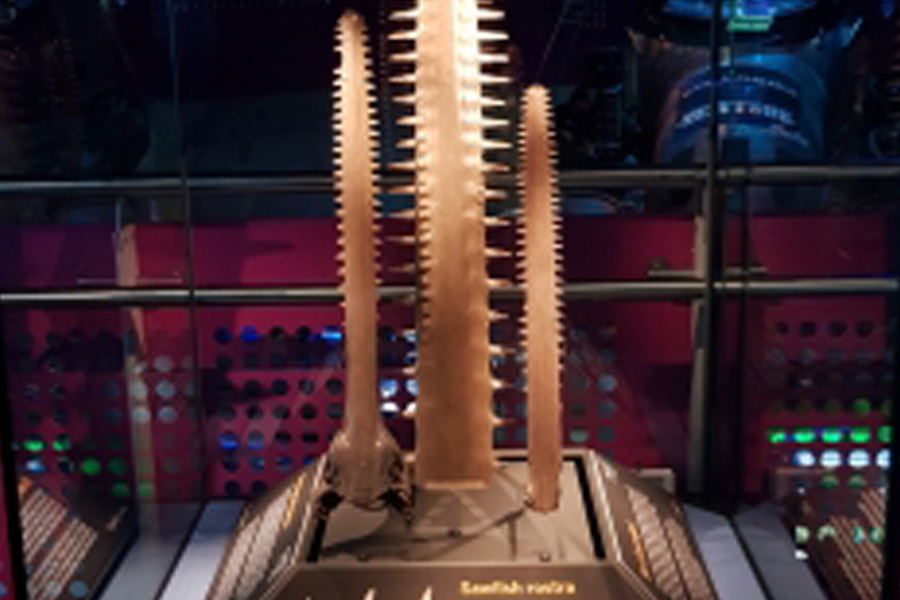 This winter, visitors of The Deep will have the opportunity to view a collection of historic sawfish rostra on loan from the Horniman Museum and Gardens.

The display highlights the current threats to the five recognised species of sawfish and their decline, including fishing and environmental changes. These are having a significant impact on sawfish numbers, resulting in them being listed as Endangered or Critically Endangered on the IUCN Red List (International Union for Conservation of Nature).

Learn more about the Citizen Science Project which The Deep is involved in, called ‘See a Saw’. This has the aim of locating as many sawfish specimens around the world as possible to create a clearer picture of historical sizes, numbers and geographical ranges.