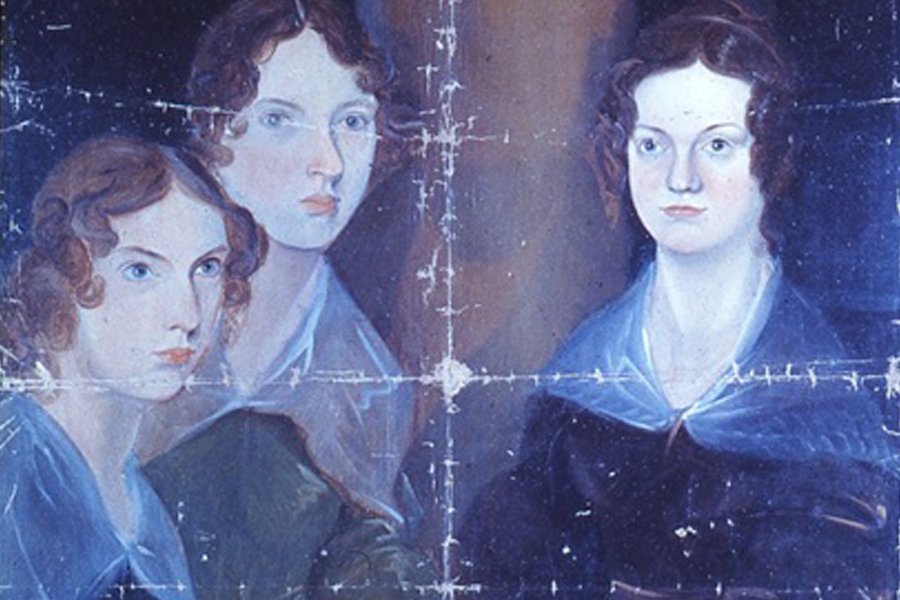 The Bronte Sisters by Branwell Bronte

During the summer months visitors will  have a special opportunity to see one of the National Portrait Gallery’s most important pictures back in its original home.

The only known surviving portrait of Charlotte, Emily and Anne Brontë together was painted by their brother Branwell in 1834. The painting is usually called the ‘pillar portrait’ because of the central column Branwell added to obscure his own figure. The painting was kept by Charlotte’s husband, Mr Nicholls, and after his death it was discovered folded up on the top of a wardrobe. It was acquired by the National Portrait Gallery in 1914, and this will be its first return to the Parsonage since 1984.