There’s science behind absolutely everything! Find out some superb scientific facts about our astronomical attractions 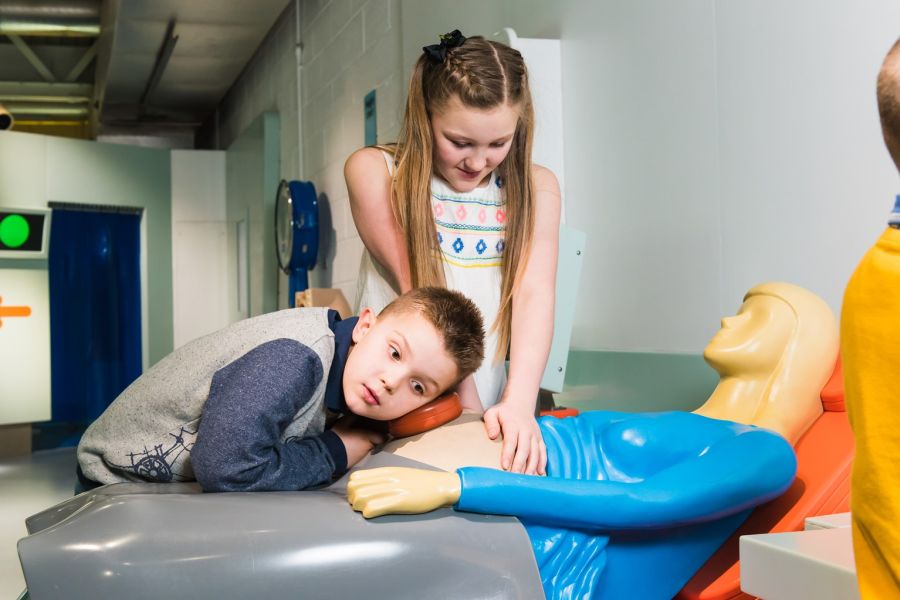 Eureka The National Children’s Museum covers a whole ‘spectrum’ of science related facts and fun as you explore their interactive galleries. Want to know more about what’s going on inside your body? Visit their ‘All About Me’ gallery where you can even scan a pregnant mum’s tummy! Ultrasound machines use echos to create an image of the inside the the body; sound travels differently through different substances enabling an image of a fetus to be formed. Nurse’s use this to check if the baby is healthy. If you’re looking for practical scientific knowledge ‘Get up to Speed with STEM’ at Magna Science Adventure Centre on 27th March is the place to go. Its a chance to see some of the UK’s most exciting science, technology and engineering inventions, and meet the people who design, build and operate them! 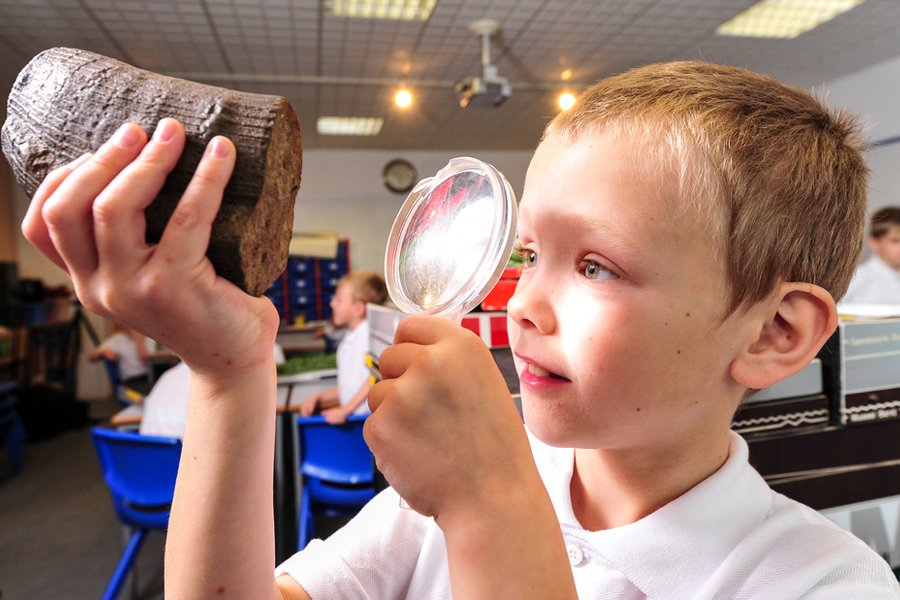 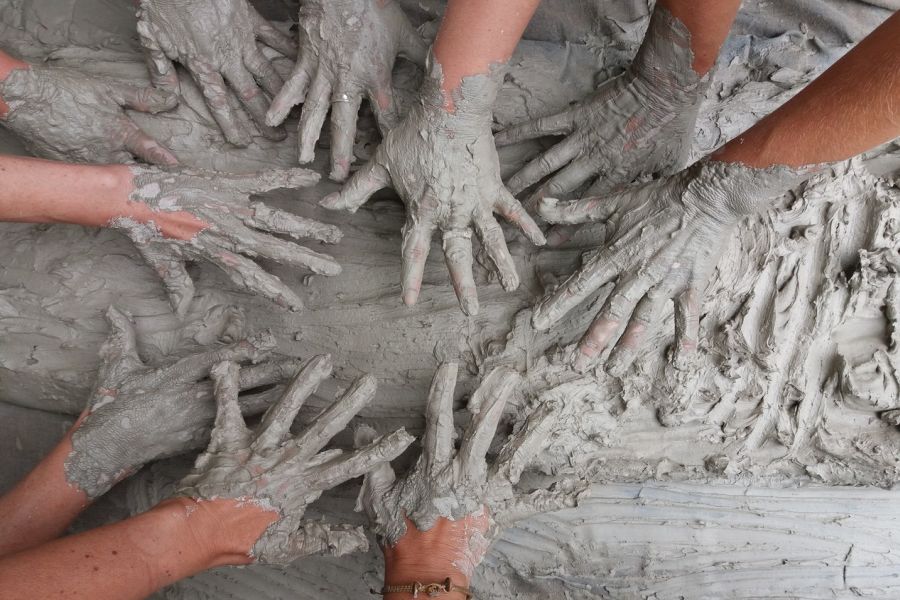 If the question on your mind this British Science Week is ‘How is coal mined?’, then the National Coal Mining Museum of England is the place to go for answers! Coal is essential in our modern age and it’s the world’s largest source of energy for the production of electricity, so learning about the historical and modern methods of coal mining is important but also super interesting! Another way to get down and dirty this Science Week is with William’s Den, did you know they are mud pie experts and can teach you everything you need to know about making the perfect mud pie! From the ratios of mud and water, to perfecting your pie consistency and even creating the perfect spherical shape, they know it all! 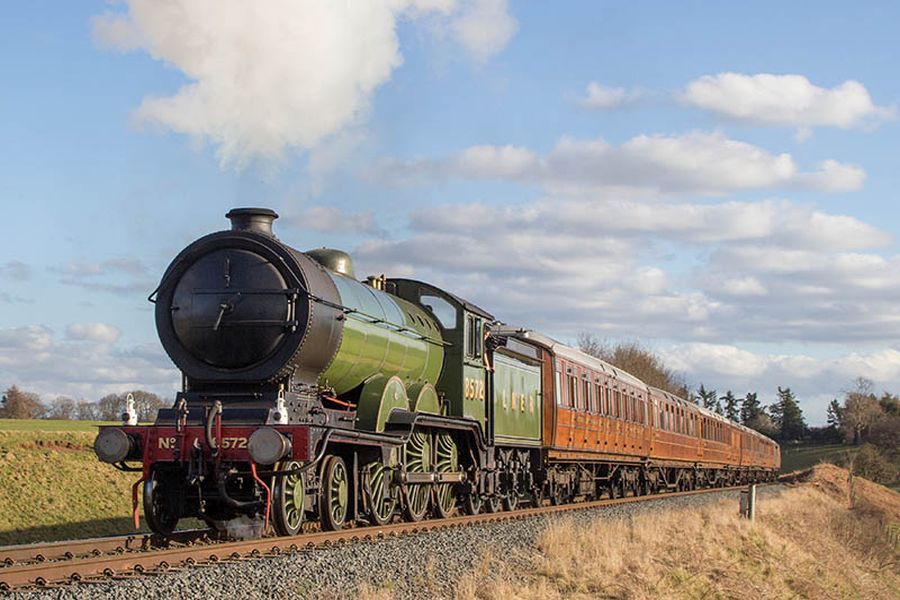 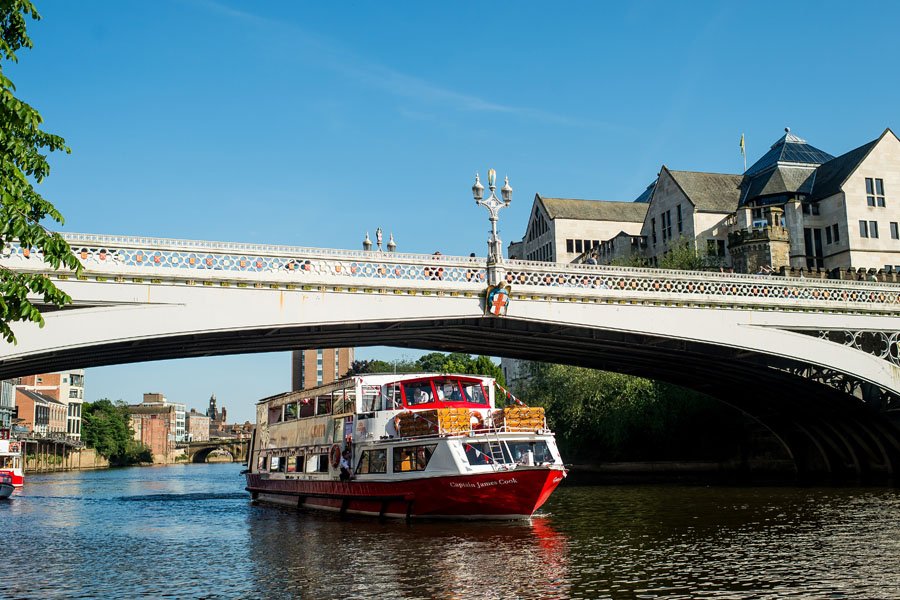 How can water make a train move? If the idea of steam stumps you then let the Keighley and Worth Valley Railway locomotives show you how it’s done. The fire on the train is loaded with coal, the fire heats up water in the boiler to make it into steam, the steam is piped into a cylinder and the pressure causes the pistons to start pumping, which then turns the wheels of the train – magic… or should we say science! If the science of transport fascinates you then you might like to take a trip on one of City Cruises York’s fabulous cruise boats. Doesn’t the idea of a heavy lump of steel floating in the water confuse you? Buoyancy is a wonderful thing and the rule is simple: displacement. The volume of water the boat displaces as it presses down on the river is equal to the weight of the boat itself, meaning it’s kept afloat. 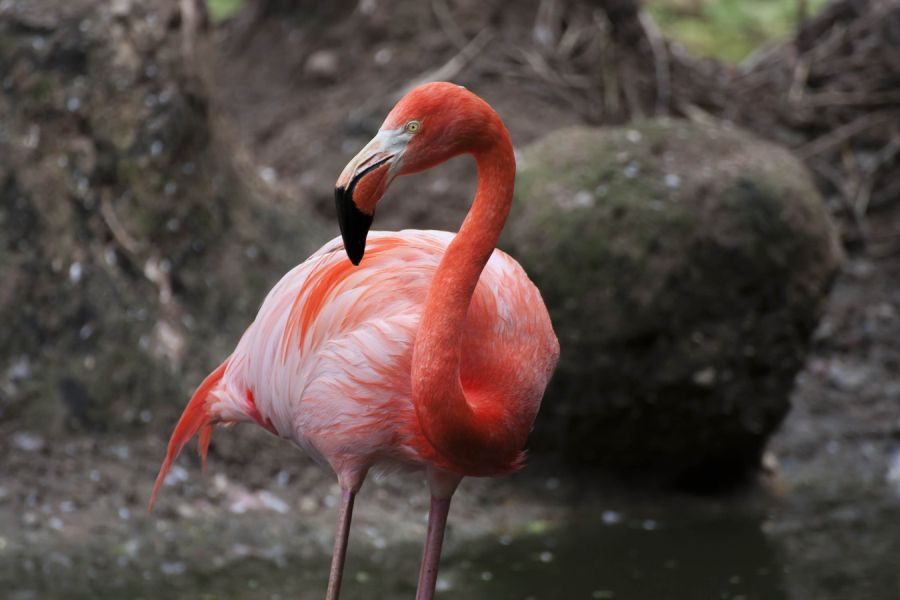 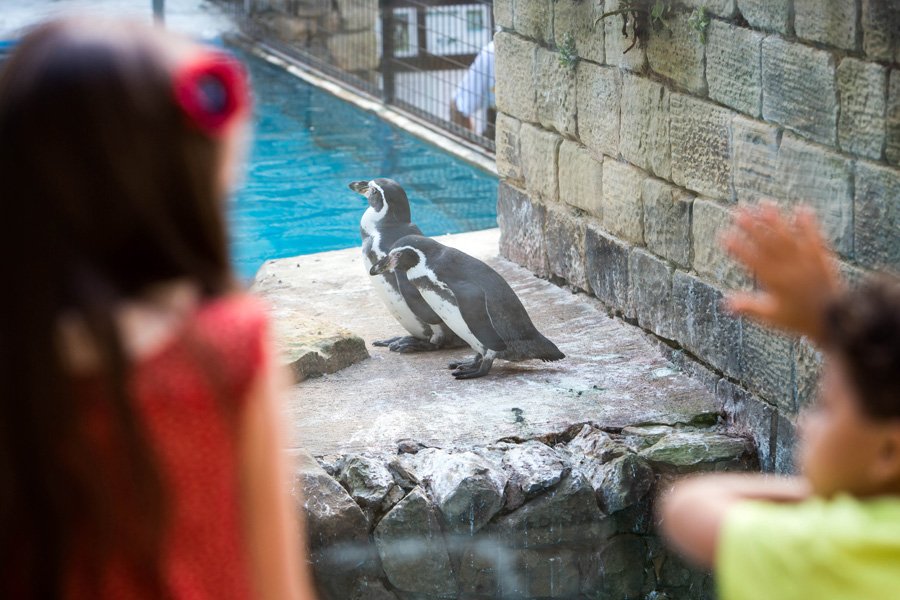 Flamingo Land is not only a fantastic theme park and zoo attraction, it also supports the conservation of its brightly coloured namesake – the flamingo! They have also contributed to surveys of wild flamingo populations and the development of species action plans in East Africa. Did you know Flamingo’s get their bright pink colour from the pigments in their food? Their diet consists of a lot of shrimps, algae and crustaceans! If your bird knowledge gets you in a flap, brush up on some of our feathered friends with a trip to Harewood House’s Bird Garden. Take a tour of the garden, where you can find out information on the birds’ life cycles, food chains, habitats and what they need to survive. Harewood House is also home to some cheeky penguins from Peru, they can travel through the water at speeds of up to a whopping 30mph! 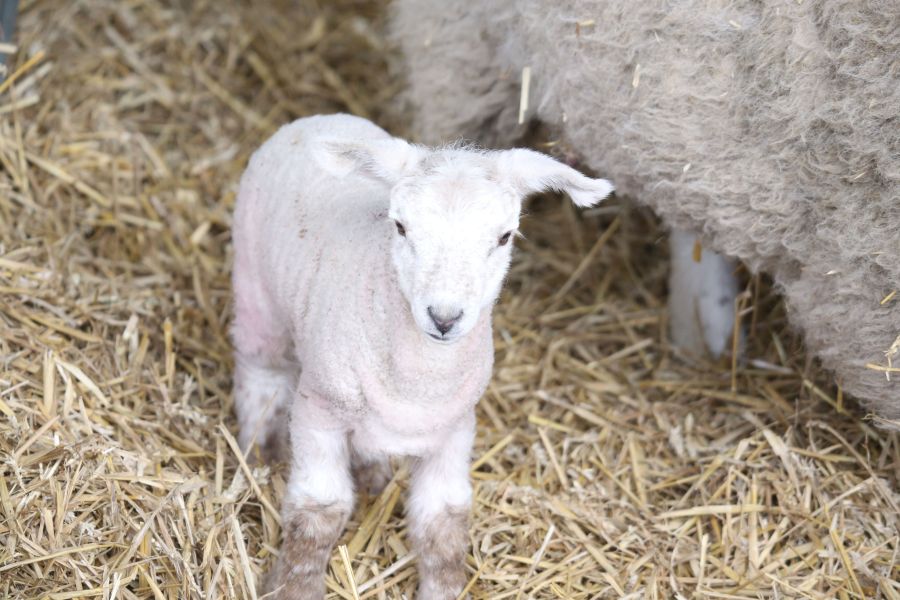 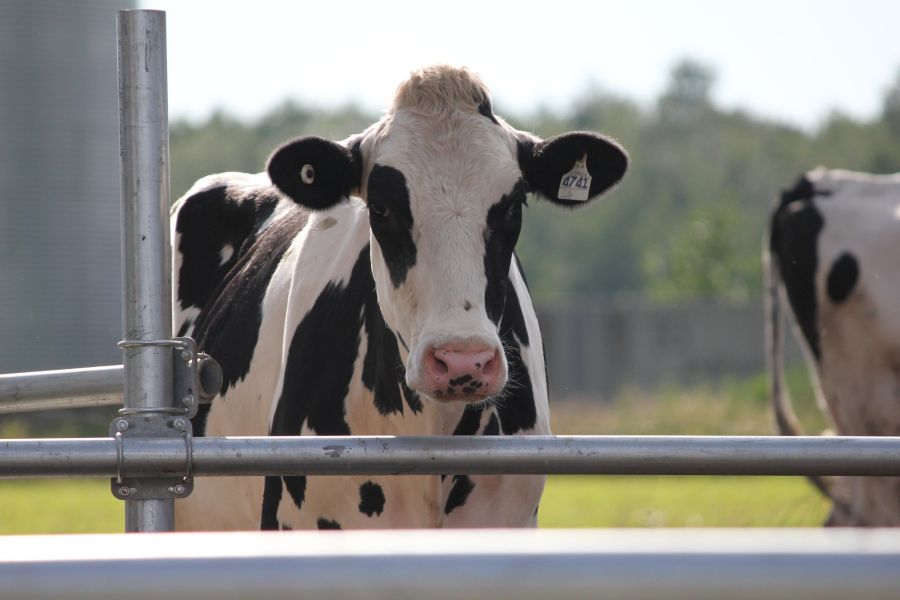 Science is incredible, especially when it produces something as special as a new life! With Cannon Hall Farm you can see the best of science in action as every year their 450 ewes produce around 900 lambs over the spring period. Sheep are amazing, they have 300 degree field vision, which means they can see behind them without even turning their head! For more farmyard fun facts head over to Thornton Hall Farm where their animals are part of a real life working farm. This means not only do you get to be up close and personal with some awesome animals but you also have the chance to see them in action. Did you know the average dairy cow produces seven gallons of milk a day, that’s 46,000 glasses of milk a year! 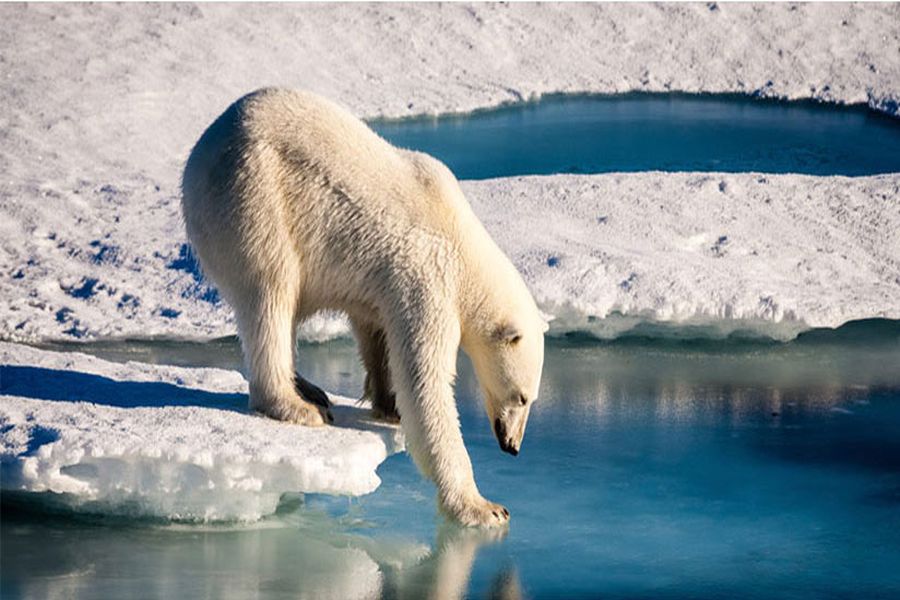 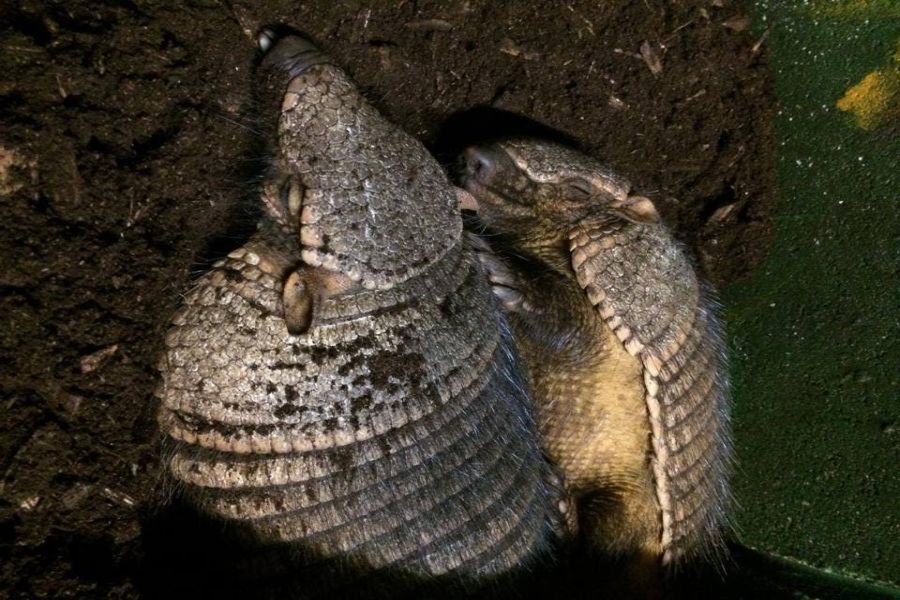 If it’s animal facts you’re after this British Science Week then Yorkshire Wildlife Park are pretty clued-up in this department! Their foundation charity helps support 10 of the most endangered species in the world, including the friends of their resident polar bears. Believe it or not, polar bears aren’t actually white. Their hairs are transparent with a hollow core that reflects the light, making them blend in with their often snowy surroundings. This is just one of the ways an animal is adapted to their habitat, if you head over to Tropical World Leeds you will see how science comes into play within the natural world. Tropical World Leeds house a whole range of animals from all different habitats, including the nocturnal creatures’ paradise. The nocturnal Armadillo’s armour is actually made of bone and is part of its skeleton. These bony plates are used as a protective shield from predators! 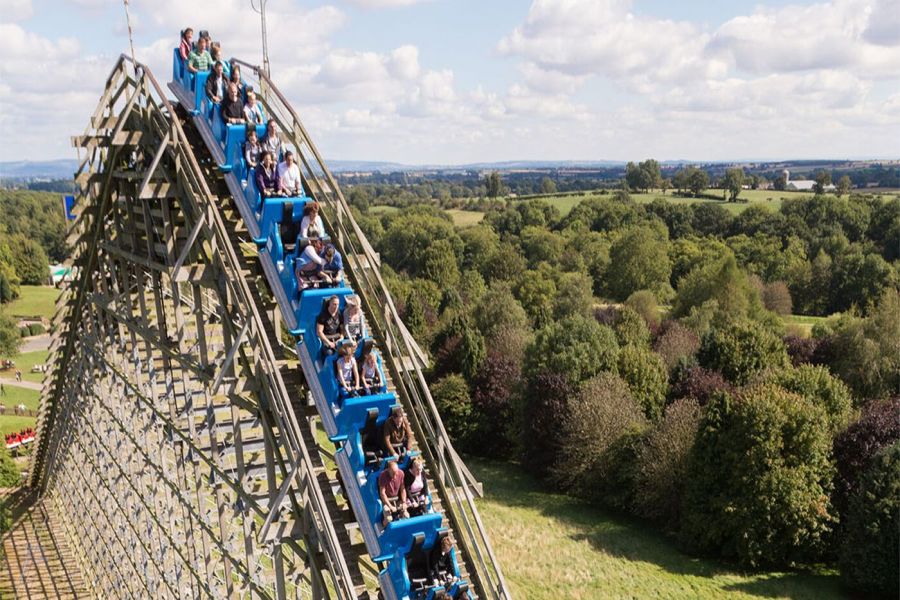 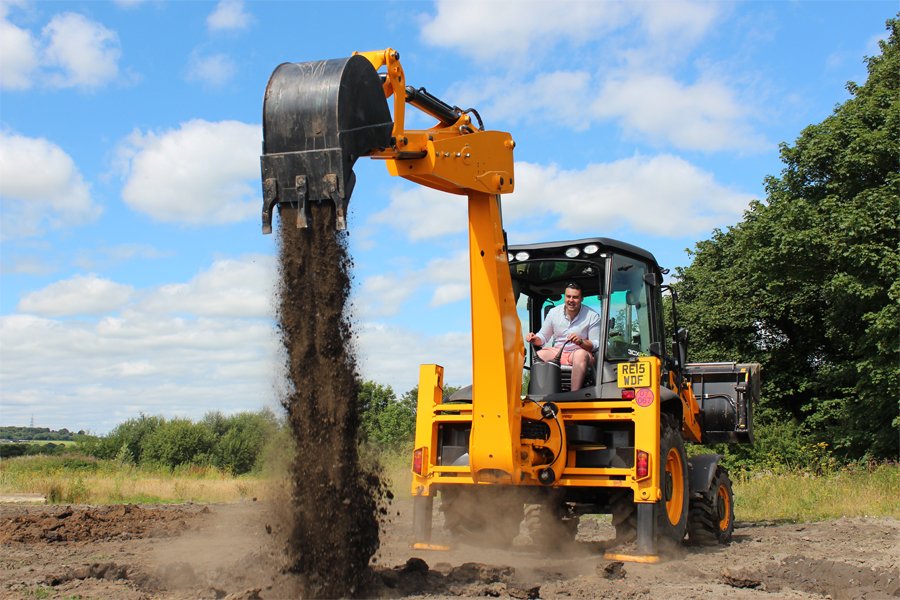 From biology to physics now, and the incredible forces that come into play at the Lightwater Valley Theme Park. Lightwater is home to some incredibly thrilling rides, some of which rely purely on the forces of gravity to make your stomach drop! The Ultimate rollercoaster’s cars builds up potential energy as they are hauled to the top of the first hill on the ride. The higher the car the more stored energy there is, this is then transferred into kinetic energy as the car moves at speed down the hill. The diggers at Diggerland Yorkshire would have been built to dig trenches, holes, foundations, they would have even been involved in forestry work and river dredging. But how do they work? Hydraulics control the arm of the digger; hydraulics is an applied science using engineering, chemistry, and other sciences involving the mechanical properties and use of liquids! The Hepworth Wakefield has some of the most awe-inspiring architecture in Yorkshire, the building’s façades have been constructed of pigmented concrete which was created in-situ. This gives the building a sculptural appearance, which echoes the shapes and forms in many of Barbara Hepworth’s sculptures, showing how art and science marry together perfectly! 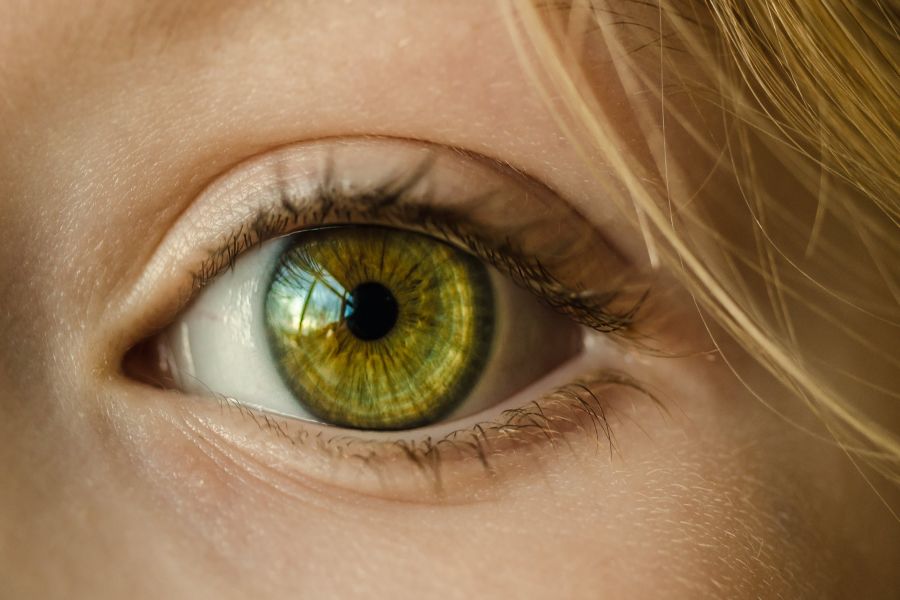 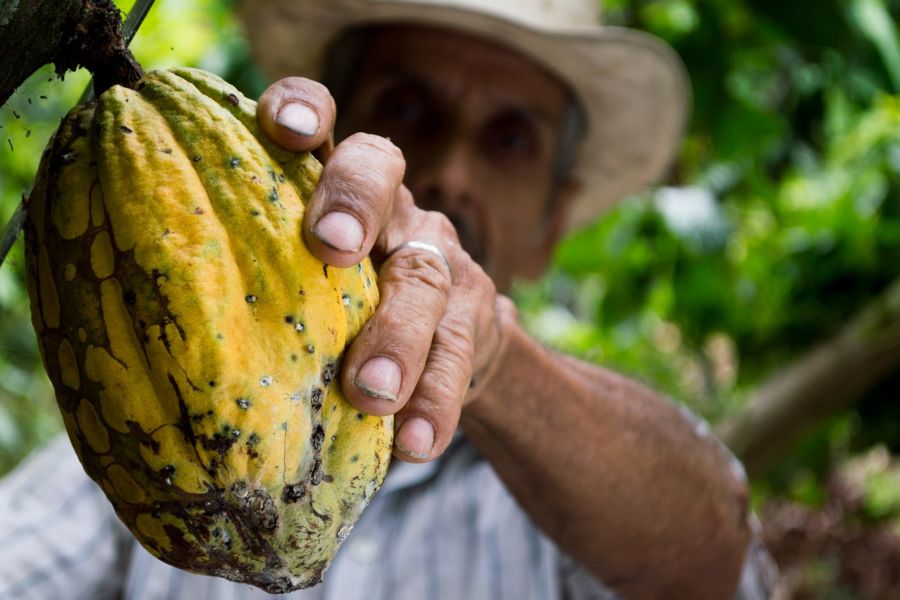 Where would you find science in action at the Emmerdale Studio Experience? Well similarly to the cameras the team at Emmerdale use to film this popular soap, our eyes also have lenses which allow us to take in our surroundings. But did you know the image that our eyes receive is actually upside down, it’s only once the nerves in our eyes send the signal to the visual processing part of the brain that the brain turns the picture the right way up! At York’s Chocolate Story it’s all about chocolate, but what’s the science behind this tasty treat?  The perfect environment for the cocoa tree is found in the tropical heat of rainforests near the Equator. The cocoa beans once picked and dried have to be roasted for at least 15 minutes at 115 degrees centigrade before being crushed into a smooth paste called cocoa liquor. 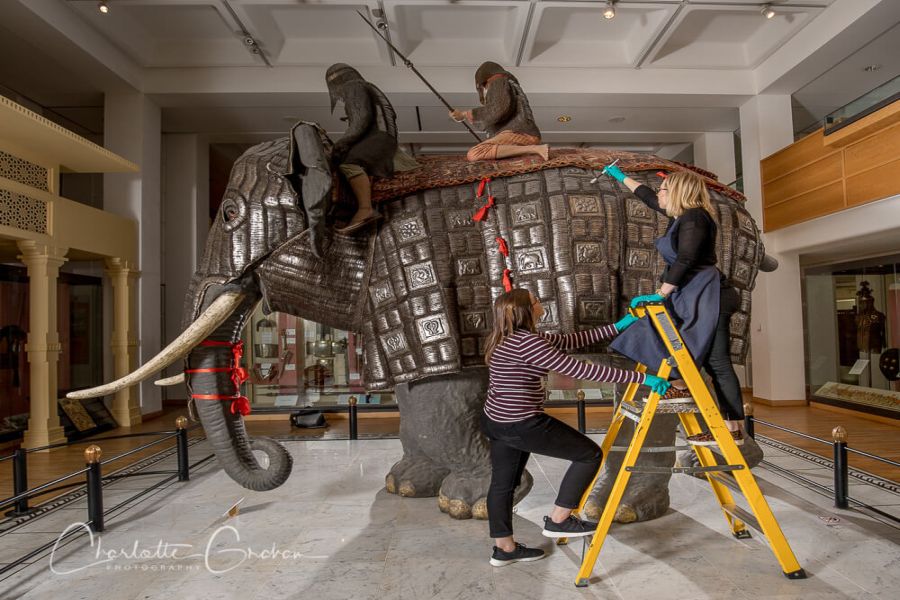 All our wonderful animal attractions do their part to help conserve wildlife within and outside of the UK, but did you know that The Tropical Butterfly House owns 46.5 acres of land purely to conserve British Wildlife? This means that when you pay to visit all the wonderful creatures at The Tropical Butterfly House, you are also helping the upkeep of the land, including the purchasing of wildflower seeds and bird boxes! The Royal Armouries have got some fantastic tips to help you protect your home from pest infestations. With all the precious artifacts they display they know the best ways to deal with these creepy critters and the worst of them are the moths. Moths are attracted to dark, warm and undisturbed places, living on natural fibers and dust. The most simple, effective and cheapest method is to disturb areas in the house you use less frequently – a good old spring clean! 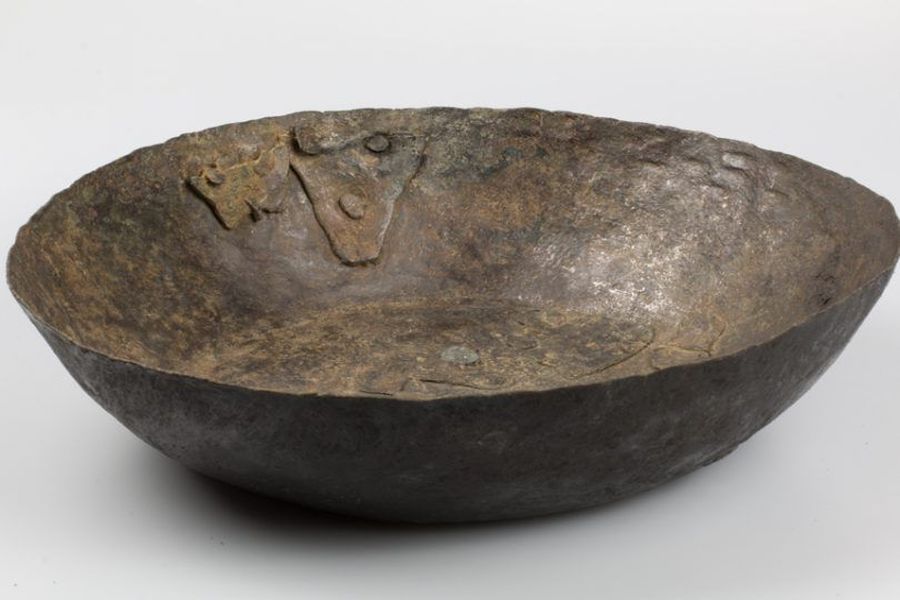 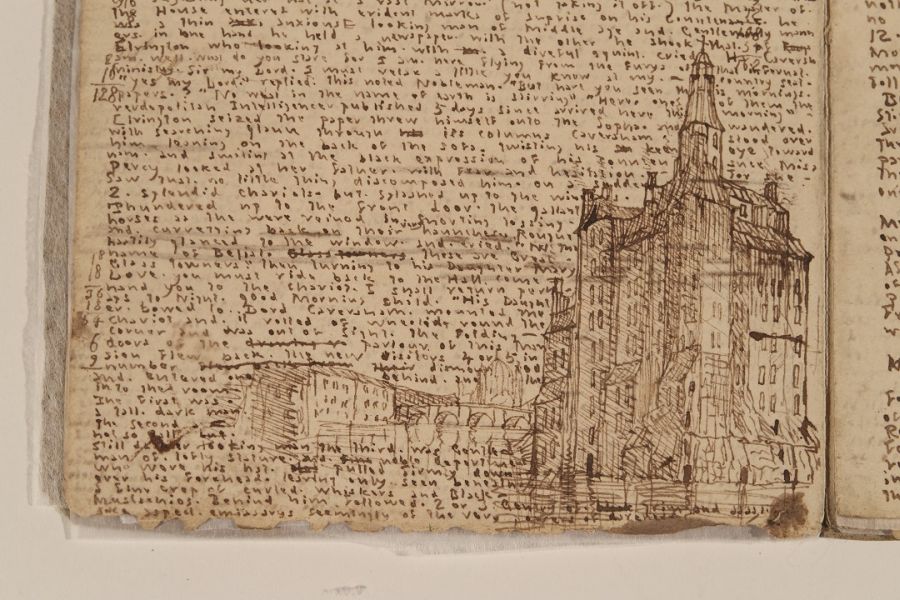 When you think of the Jorvik Viking Centre the first thing that comes to mind might be history, but Archaeology is in fact considered a social science! The excavation at Coppergate produced 40,000 different archaeological layers or contexts and led to the discovery of over 250,000 pieces of pottery, 5 tonnes of animal bone and 40,000 individually interesting objects, that all help us to understand historical and scientific discoveries. While the Bronte Parsonage Museum’s artefacts are a lot more recent in their dating, they are just as precious. The Parsonage can help us understand the science behind preserving paper documents, it is important to understand that fading and discolouration of papers are caused by exposure to light or ultraviolet (UV) radiation. Deterioration will occur more quickly when exposed to higher light intensity. 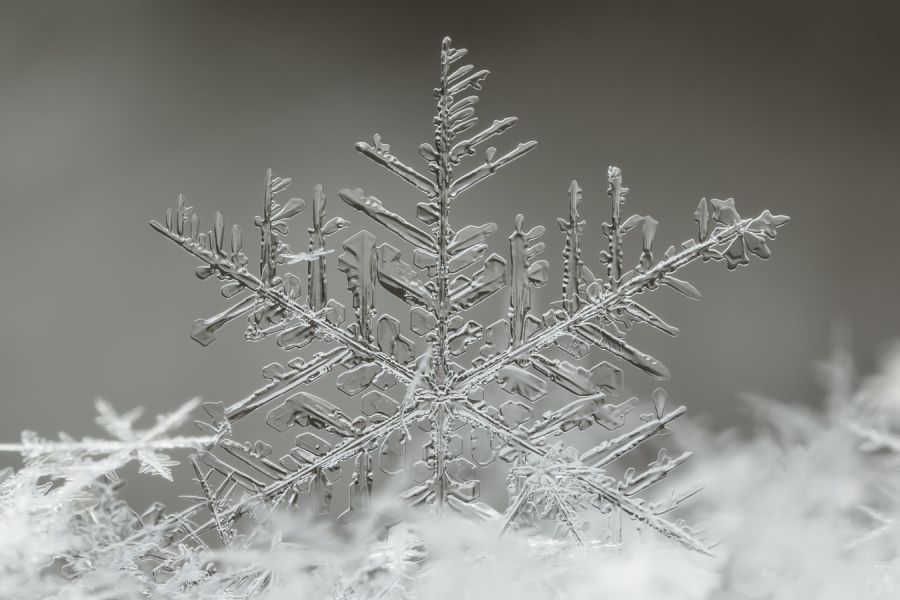 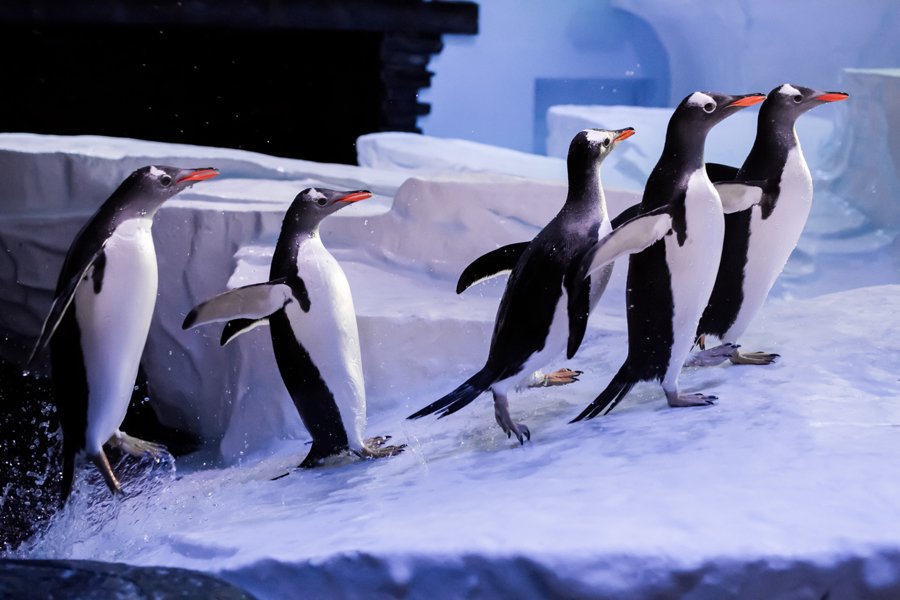 At the Snowzone at Xscape Yorkshire you will see slopes of pure white snow ready for you to try out some skiing. But did you know that snow isn’t actually white? The many sides of the ice crystals cause diffuse reflection of the whole light spectrum which results in snowflakes appearing to be white in colour, when they are in fact totally clear! What do you think of when we say snow? Penguins of course! The Deep’s black and white stars of the aquarium have some pretty interesting scientific facts about them. Did you know that penguins are monogamous? This means that male and female pairs will mate exclusively with each other for the duration of mating season and often for life!

Our wonderful attractions are filled to the brim with fun facts, confusing concepts and lots of scientific secrets. From fantastic forces in action to the biology of life, it’s safe to say that science is indeed everywhere we look! Yorkshire Attractions wishes you the happiest of British Science Week’s, we can’t wait to hear all about your discoveries!